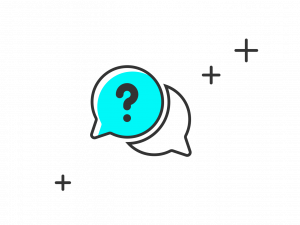 “Those who seek paradise on Earth, must come to Dubrovnik“ wrote on one occasion George Bernard Shaw enchanted by a city whose pristine city walls, today under protection of UNESCO, in an uninterrupted series as long as 1,940 meters encircle the place which at home and in the world without equal bears the title of ‘pearl of the Adriatic’. Located on in the extreme south of Croatia, inherited for centuries by the noble skills of the best architects and artists in a warm Mediterranean climate in which apart from the Mediterranean vegetation thrives and that subtropical s plantations of fragrant lemons, oranges and tangerines, gorgeous palm trees and agave what adorns renaissance gardens and flourished gardens of medieval stone palaces and of self-denying monasteries.

Dubrovnik was once one of the smallest but very important Mediterranean maritime and trading states, as evidenced by the fact that in its most famous for days had consular offices in more than 80 cities and whose trade the fleet of nearly 700 sailing ships was flat Venetian. Under heavenly patronage st. Vlaho, crowned with the famous Libertas flag fluttering from above of the stone pillar by which the legendary watches Knight of Orlando, Dubrovnik is a city whose will tell you a rich history best a walk along its main street along the ‘polished’ stone Stradun. celebrities the walls of this city with its magnificent towers and bastions will give you a view of the magical Elaphite Islands of Šipan, Lopud and Kolocep, spilled like pearls in the blue of the sea. Called the deer archipelago (Greek elaphos – deer), this group islands and islets, once inhabited by this noble game, literally summarizes the quality of the untouched Mediterranean, in which subtropical vegetation, vast pine forests and olive groves, and all together the edges are beautiful sand beaches. From Onofrio’s Fountain to The town bell tower, filigree refined Gothic-Renaissance palace buildings Sponza and the famous Rector’s Palace, as and baroque churches of st. Blaise, Cathedral Assumption of Mary or St. Ignatius with the famous Jesuit school, in this your every step of the city will be an experience par excellence (to become an experience alone for yourself). By the way, if you find yourself here in the summer when Dubrovnik shines with a special splendor and when for the traditional Dubrovnik summer games the whole old town in instantly turn into the magical scenery of a unique stage in the world, with the nearby fortifications Lovrijenac, grown on the gorge 37 meters high above the sea, you will listen as Hamlet’s immortal monologue ‘to be or not to be ’resonates truly special weight.